Our guest on episode seven, Dr. Kristi Meyer, has been kind enough to write a post on cryptography for our listeners. So, here it is; and if you haven’t listened to Dr. Meyer on episode seven, do yourself a favor and check it out here after reading her post. 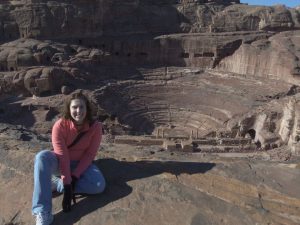 When I tell people that I am a mathematics professor, I generally get one of two responses: “I’m really bad at math” (said in a confident voice, as if that’s something to be proud of) or “My math classes were a waste of time because I never use what I learned.”  Because my answer to the first comment is usually less nice and more snarky, let’s save that for another day and instead explore my answer to the second comment.

Mathematics is incredibly useful.  There are easily a hundred different examples I could give to demonstrate the truth of that statement.  But it is the end of the semester, and I do have to write final exams for my students (so they can demonstrate that they aren’t bad at math), so let’s focus on the usefulness of just one branch of mathematics: cryptography, the study of secret codes and hidden information.  And let’s narrow the focus even more and look at three famous unsolved problems in cryptography—problems that will garner instant fame and possibly fortune for anyone who solves them.

The cryptography problem with the most potential for fortune is the Beale Cipher.  Long story short, the Beale Cipher originated as an 1885 pamphlet providing details on buried treasure in Bedford County, Virginia.  The catch?  The location of the treasure is encrypted, and no one has been able to crack the coded message that gives the location.  As of January 2017, the treasure (allegedly consisting of gold, silver, and jewels) is estimated to be worth over $43 million dollars.  You can read much more about the Beale Cipher here.  It is worth noting that many people think the Beale Cipher is a hoax and that the treasure doesn’t really exist.  However, with $43 million on the line, it’s worth a try at cracking the code.

Let’s end on a happier note and blend mathematics and art.  One of the most famous mathematical sculptures is Kryptos, a sculpture located on the grounds of the Central Intelligence Agency in Langley, Virginia.  Dedicated on November 3, 1990, Kryptos consists of four encrypted messages.  The first three messages have been solved, but the fourth remains a mystery, despite clues given by the artist in 2006 and 2014.  Kryptos has been featured in two of Dan Brown’s books, and there is an active web community dedicated to decrypting the fourth message.  Everything you wanted to know about Kryptos can be found at elonka.com/kryptos.

So there you have it: three unsolved ciphers; three opportunities for instant fame and possibly fortune.  I’m a little busy with the end of the semester at the moment, but I’d certainly encourage you to try your hand at cracking one or more of these ciphers.  Just because people have tried and failed for decades (or centuries) doesn’t mean these ciphers aren’t worth your time and effort.  Sometimes a fresh pair of eyes is all that’s needed to solve a mathematics problem.

And if nothing else, hopefully these unsolved ciphers have convinced you that mathematics is more than just memorizing formulas and performing calculations.  Mathematics in general—and cryptography in particular—is an ever-changing subject, a race between code-makers and code-breakers.  Who’s going to come out on top?