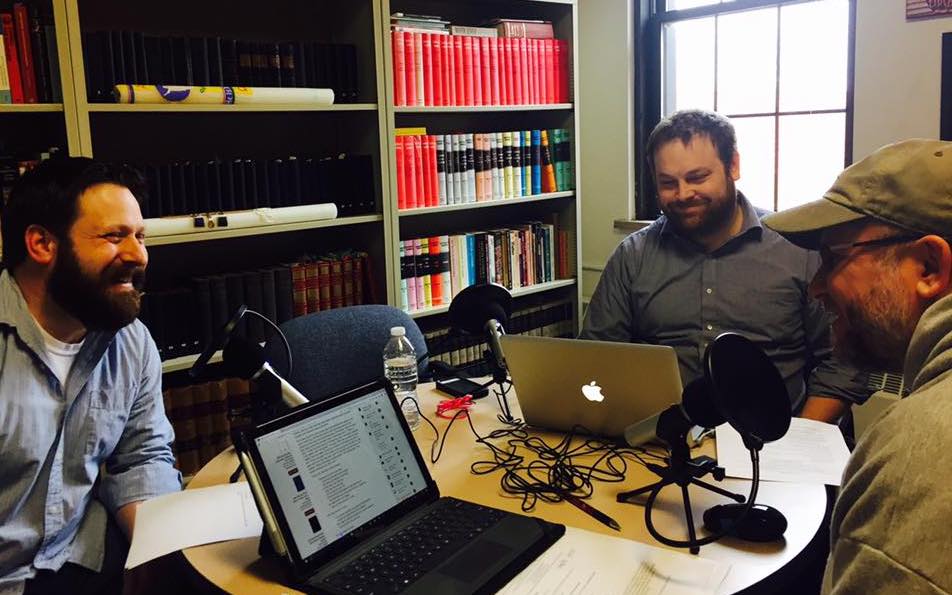 34:03 – Main Topic (The Guys Get Self-Indulgent: a retrospective)

On episode TWENTY-FIVE of Let the Bird Fly! the guys take podcasting self-indulgence to a whole new level by discussing the paths that led them to join forces on Let the Bird Fly! Before talking about themselves, however, Wade does a his thing with the Scripture narrative and Ben catches up and gives his thoughts on the 2017 NFL season (Wade and Peter discussed their thoughts on the NFL season on episode 24). Ben is also a bit salty that the Packers were playing their first game during the recording of this episode. And being a purist, Ben refuses to watch sporting events that have been recorded (Peter and Wade have no problem with this, but of course Ben does avoid this). In the Free-for-all (which bleeds over into the Main Topic for some inexplicable reason) reveals that Ben’s favorite fast food is a Wisconsin original (Culver’s), Peter’s favorite is a Texas original (Fuzzy’s Taco Shop), Oliva and Ally agreed on another Texas original (Rosa’s Cafe), and Wade for some reason admits his love for Arby’s (it might be simply due to their tagline: We Have the Meats®). Ben points out that Arby’s has a secret menu, which it turns out includes something call the meat mountain, and that the Simpson’s have had a fair amount of fun at Arby’s expense (this one is probably the most blunt, though). So the guys may just waste their time (and yours, if you decide to listen) on this episode, but they do highlight some of their favorite episodes so far. So if you’d like the Cliff’s Notes version of Let the Bird Fly!, you can get the guys thoughts on some of their favorite episodes (Ben, still being a bit salty, claims that this episode is his favorite because it was recorded during the Packers season opener).

If you’re wondering what the guys were thinking with this episode, you’re not alone. And if you want to make sure that this sort of thing never happens again, email us with some topics that you’d like to hear us discuss. We make no promises, but we always love to hear from our listeners. (Also, the heresy@letthebirdfly.com inbox seems to be filling up lately, so you may need to use podcast@letthebirdfly.com.)