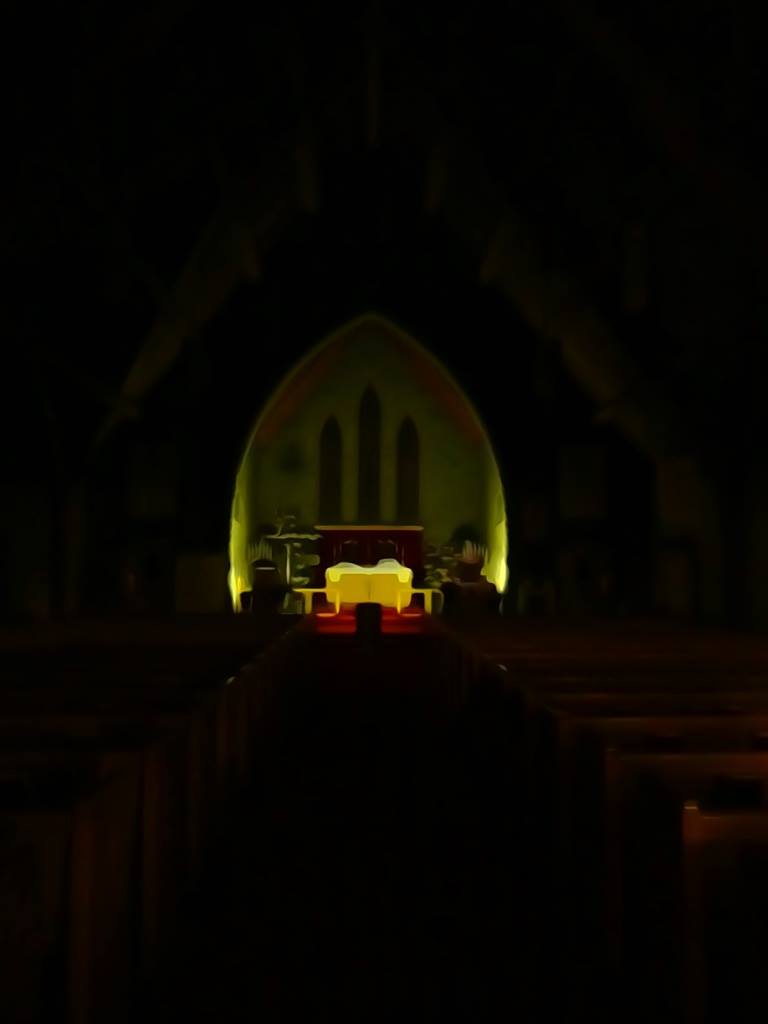 Holy Saturday can be an odd day. For many Lutherans, it seems like a break from the services of Maundy (Holy) Thursday, Good Friday, and Easter Sunday. It’s a day away from church. Thankfully, I think this is becoming less the case with the resurgence of the Easter Vigil among Lutherans. The truth is that Holy Saturday, and the Vigil, have a long, rich, and powerful history in the Christian Church.

Christ calls His Church to be a waiting Body. The Church is an expectant Bride. We have all of God’s promises now, and what God promises is as good as done—so much so that He sometimes promises them in the perfect (past) tense. In many ways, when God promises like this, we might picture Him fading away like an NBA player confident of his jumper.

On Holy Saturday the disciples waited, if we can call it that. They weren’t necessarily waiting for the resurrection—at least not with any seeming conviction. They waited frightened, confused, stung, weighted with the guilt of having abandoned a Master and Friend they had thought was the Messiah. They were reeling, their world spinning. To return to sports metaphors, they were like a boxer trying to regain his footing and his senses, backpedaling drunkenly.

Holy Saturday was a dark day for the disciples. All seemed lost, three years down the drain for the apostles. The women would be brave enough to head to the tomb Easter dawn, but even they expected to find nothing more than a dead body to anoint. They still loved Jesus, but the Jesus they loved was now. He had left them. He, like all those who rested in such tombs, was a memory, which, sadly, would become foggier by the week and month and year. He had taught and done much, but that had come to an end, and terribly so, and in the most hopeless way, or so they thought.

In Slaughterhouse-Five by Kurt Vonnegut, the main character at one point is abducted by aliens who teach him that time isn’t one big connected thing, as we so often think of it. Rather, there are a bunch of events that need not be considered (or even be) in chronological order. They say it’s like looking at the Rocky Mountains. I don’t know about all that, and Kurt Vonnegut is certainly after his own thing with it, but there is something useful here for considering Holy Saturday. The aliens tell Billy, the main character, to focus on the best stuff, that each moment is but a moment, even death. And so, even when someone dies, we know he or she is also happy in another moment. Once again, I don’t know about all that, but hear me out.

We have an edge on the disciples on that first Holy Saturday, so to speak. We know the other moments. In fact, we’re even freed from chronology in a certain sense. As we mark Lent, proceed through Holy Week, take in Good Friday, and wait on Holy Saturday, we also know that there are better moments, that this Jesus who died is more than dead. This, thankfully, very thankfully, however, is no literary device. It’s also not sentimental and wishful thinking. This is gospel truth—the gospel truth.

Holy Saturday is a day of waiting, but joyful waiting. Dark as that day was for Peter and the women and all their stunned and shaken companions, we still have light. We light candles, torches, even, perhaps, if your Vigil has a bonfire. We expect. We know what’s coming—Who is coming! Jesus isn’t someone who was. Jesus is, and He is, as He died, and as He will rise, for us.

The resurrection seemed a foolish thing to most at the time it occurred. It was foolish religiously, philosophically, medically, well, in just about every way for the disciples’ contemporaries. The message of those who had seen Jesus raised, the message of the Church, of Christ crucified and risen, was a stumbling block and silliness right out of the gates. And yet, those who waited, even those who waited plagued by doubt, tongue-tied, and unable to string together coherent thoughts, didn’t wait in vain, even if they weren’t entirely sure what they were waiting for at all. Even Thomas, who got extra time to wait and wrestle, eventually was moved to make the good confession with most marvelous clarity.

Today we wait. If we are blessed to participate in the Vigil, we wait in a darkness peppered with the light, yes, of candles, but even more, with the promises of God, from first to last, and a strong invitation to relive our Baptisms, where we were buried and raised with Christ, who was buried and raised for our forgiveness and justification. Does it seem foolish, at least a little, even to those of us who know the Word well? Perhaps it does at times. We still wrestle with the flesh. Does it seem to foolish to those who don’t even know they’re waiting, or what they’re waiting for? Probably. But that message, our message, the message for them, is the message of foolishness, of Christ crucified and risen, the celebration of whose resurrection we now await. This is our hope, their hope, and the only lasting hope in a world riddled with despair. In Him, the risen Savior, God is yes, true promise, promise fulfilled, among a human race drowning in false promises, expert in peddling empty, fading hope.

It’s Holy Saturday, April’s fools! Delight in God’s foolishness. Even if you’ve been reeling, perplexed, guilt-ridden, speechless, or unable to think straight, here is your hope; here is peace, forgiveness, your song, and something to ponder and yet never quite fathom entirely, because it’s a love unknown and a fact beyond belief, though received through God-gifted faith. Kurt Vonnegut is no theologian, and Slaughterhouse-Five isn’t Scripture—far from it!—but perhaps we can indulge our foolishness a little bit today and steal a trick from the novel all the same. Let’s step outside of this moment. Let’s cheat chronology. Even though we wait—and whisper it if you don’t want to seem too foolish—let’s be April fools and rejoice, even as we wait, “Christ is risen! He is risen, indeed!”

Written by Wade Johnston, co-host of the podcast.