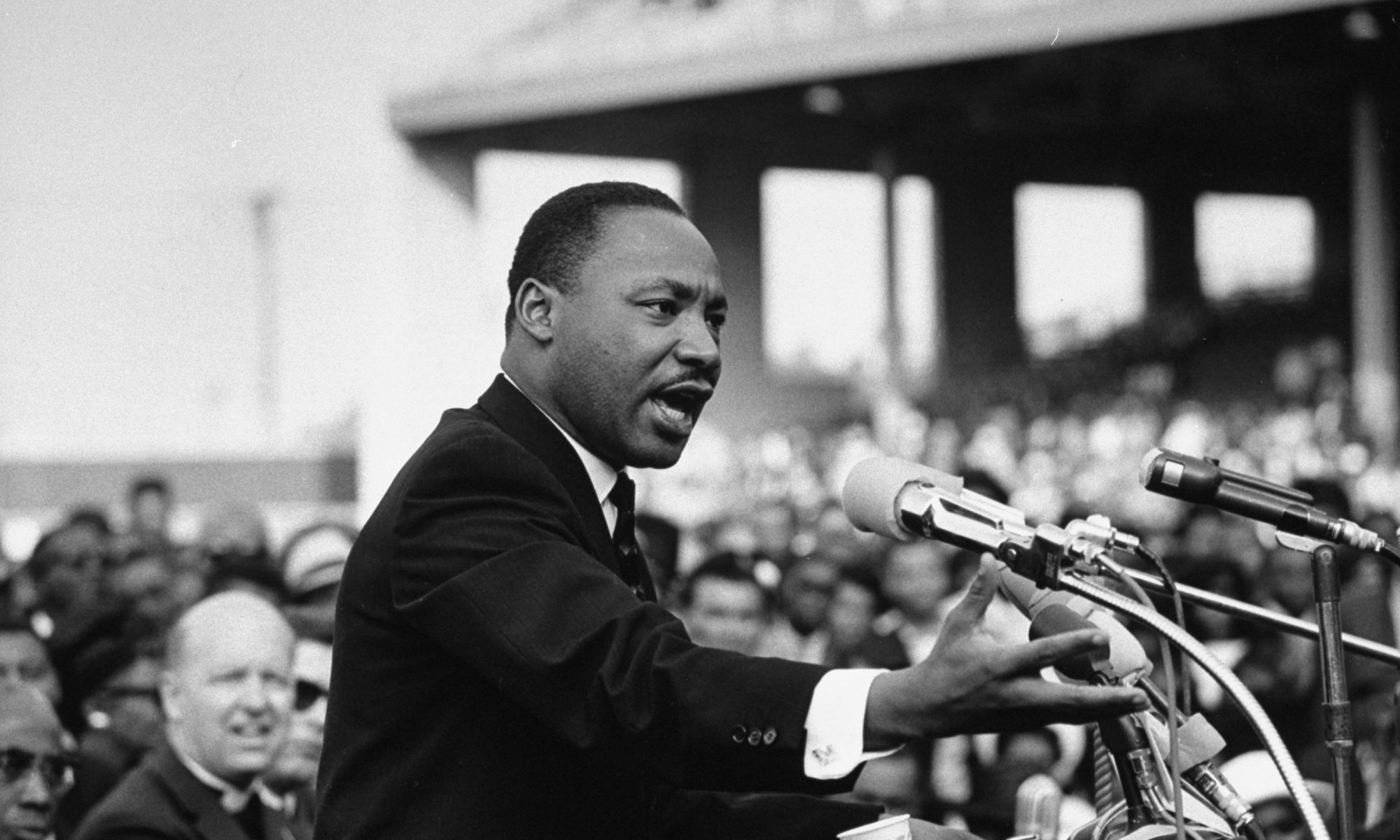 “It is for freedom that Christ has set us free. Stand firm, then, and do not let yourselves be burdened again by a yoke of slavery” (Galatians 5:1).

There is a connection between Martin Luther King Jr. and Martin Luther, the German reformer, but it is more than the fact that King’s father (and subsequently he) was named after Luther, although that is true. There are many points of comparison, but not all comparisons are particularly helpful. Both men stood against tyranny. They both spoke about freedom. They both spoke truth to power. This is all true, I suppose, but so have many others. I doubt Luther and King would seen eye-to-eye on the Peasants’ Revolt! And, of course, the theology of the 16th Century reformer is not going to entirely match up with a Baptist preacher of the 20th Century. There are theological differences we should not ignore. Although the Luther would have loved this MLK quote, “All labor has dignity”.

Here is the most important connection and it perhaps can serve as a small piece of a plan going forward as we rightly speak against the ridiculousness and immorality of racism: both men are in a long line of the Christian truth and the best of Western civilization. Neither Luther nor King were sectarian. They both drew upon the wealth of Christian theology from the past. They were not saying anything new. They only pointed out the hypocrisy of the day. Luther never wanted nor intended to break from the Roman Catholic Church. He only wanted the church to teach the pure truth of Scripture. King did not set out to topple the white power structure by force. He only wanted Christians to act in love.

For all their differences and the differences between Baptists and Lutherans today, there is a connection to the ancient church and, yes, the best of Western Civilization with its emphasis on human rights, the liberal arts, and freedom.

Luther, painstakingly sometimes, bends over backward to show that his reform was exactly that, a reform. It is as if Luther said, “I am not saying anything that the best of the Church has not already said.” How many times does he quote Augustine? King showed that his reform was in line with the Christian message and the ideals of the Western Civilization which certainly owed a lot to Christianity. He quotes Augustine in his “Letter form the Birmingham Jail”.

Here is the point: we have a shared heritage despite all of our differences and it is based on the value of a human being that is found most profoundly in the love of Christ. This Christianity and the resulting best of Western Civilization are for all of us. What a shame when it has not been promoted this way! This is for everybody and we desire it for everybody.

I am a Lutheran and this is a Lutheran blog, so I will not pretend that Baptist theology and Lutheran theology are the same. That would be insulting to both sides. But we share a lot, too. All this based on Christ. And that starts with salvation in him alone.

For those of you who suffer injustice of any kind, I’m sorry. I wish it were not so. Nor will I ever be able to fully understand. But, dear Christian, we are one in Christ and both share in his sufferings as we love one another even with heavy crosses on our backs, some heavier than others. We are one in the fact that we need Christ, desperately so. We are also one because he saves us from our own sins and will take us from this veil of tears to a place of bliss. In heaven we will finally enjoy by sight what we have only known here by faith, what he has been telling us all along though his Word, “You are all sons of God through faith in Christ Jesus, for all of you who were baptized into Christ have clothed yourselves with Christ. There is neither Jew nor Greek, slave nor free, male nor female, for you are all one in Christ Jesus. If you belong to Christ, then you are Abraham’s seed, and heirs according to the promise” (Galatians 3:26-29).