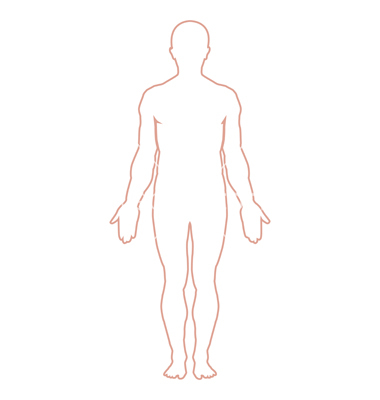 “United we stand, divided we fall.” This phrase has been used by poets and revolutionaries, by presidents and politicians. If you’ll recall, Jesus said something similar. When accused of being in league with the devil, Jesus counted that ridiculous accusation by pointing to his own driving out of demons and saying, “If a house is divided against itself, that house cannot stand.” Rather than division, the Bible rejoices in cooperation and unity. On many occasions, Paul urged the members of the churches to “keep the unity of the Spirit…” and to love because love “binds them all together in perfect unity.” Jesus also prayed for unity. In his high-priestly prayer, he asked his Father in heaven to give unity to his disciples. He said, “May they be brought to complete unity to let the world know that you sent me and have loved them even as you have loved me.” God tells us that unity is a good thing and that it will bring blessings. It’s no coincidence then, that among the songs the Israelites would sing whenever they would come together for the great feasts, like the Passover, was Psalm 133. “How good and pleasant it is when brothers live together in unity. For there (in that unity) the LORD bestows his blessing, even life forevermore.”

The Christians in Corinth seemed to have a hard time appreciating the importance of the horizontal relationship they shared with each other as members of the body of Christ. It seems that they were so self-absorbed in their perceived personal relationship with Christ that their relationship with their neighbor didn’t matter. This led to a feeling of superiority by those who were able to speak in tongues and an envy or jealousy by those who couldn’t. As a result, their horizontal relationship was being destroyed by division and harsh feelings and consequently, their vertical relationship with Christ was also being threatened. That’s exactly what Satan would like to see happen to us. He can’t stand us enjoying either relationship, vertical or horizontal, so he wants to destroy them both. Satan is no dummy. He knows how we operate. He knows that if he does it right, he can kill two birds with one stone. He knows if he fractures our relationship with one another, he can threaten our relationship with Christ. That’s why what Paul says to us today is so vitally important for our health as individuals and as a congregation. Paul uses a picture that all of us can understand because all of us have a body. Paul says, “For just as the body is one and has many members, and all the members of the body, though many, are one body, so also is Christ.”

A favorite saying of coaches is, “There’s no “I” in TEAM.” Their point is when you’re on a team, you can’t be a collection of individuals, you need to be a unit. In a sense, that’s what Paul is telling us here. We are not 300 different congregations on a Sunday morning, even though we lead different lives; we are one congregation. When it comes to our membership in the body of Christ, our differences don’t make a difference. Why? Paul tells us. He says, “For by one Spirit we all were baptized into one body, whether Jews or Greeks, whether slaves or free people, and we were all caused to drink one Spirit.”  Each of us, no matter where we grew up or where we live today, no matter our age or our race or occupation or gender, received the same baptism. We all were baptized in the name of the same Triune God, Father, Son, and Holy Spirit. We all have the same Spirit living inside of us through the gift of faith.

So then, why is this unity thing so hard? Why is it so hard for us to embrace the unity we have with one another? We’re different. Despite the unity we share, the fact still remains that we’re different. And Satan uses those differences to lead us to sin. Do you know what the difference is between love and sin? Love focuses outward and sin focuses inward. Jesus used the word “love” to summarize the whole law. He said love God first, love your neighbor second. Do you see how both of those focus on things outside of us? Sin does just the opposite. Sin turns the focus right back on us. Sin says you don’t need to serve anyone but yourself. Sin says that you’re the god of your own domain. Sin turns our hearts inward so that we see everything in terms of “me.” You don’t have to read very far in the Bible, only three chapters in fact, to see that truth play out. When Adam told God that he was hiding from him because he was naked, do you remember what God asked him? “Who told you that you were naked?” In other words, “Adam, how is it that you came to notice yourself at all? Until now your whole focus was with me and the beautiful bride I gave you!”

Sin divides. If we let our sin go unchecked, it will turn us from one “we” in to a bunch of “me-s.” Sin divides, but love unites. God’s love for all of us “me-s” made him determined to make us one with him. So he became one with us, bone of our bone and flesh of our flesh. He wrapped himself in our sins that separated us from him. He nailed our sin with his body to the cross and set us free from our sin by his death. When Jesus died, the barrier of sin that separated us from God was broken. But when the dust had settled, when it looked like sin had broken him, there stood Jesus, alive and victorious. Jesus gave all of that to us in our baptisms. There he wrapped us in his righteousness. There he buried us with himself so that we might rise to live a new life of righteousness and purity. There in incorporated us into his body and we’ve been part of him ever since. Sin divides, but Christ’s love unites. We are united to Christ and one another. As Paul says, “You are the body of Christ, and individually you are members of it.”

We are the body of Christ; each one of us is a part. That means that inside our unity, we are different. Each of us has something different to offer the body, no matter what our gifts may be. If I were to take a survey of the congregation and ask everyone which part of the body they deemed to be the most important, I’m sure we’d have many voting for the head, many others for the heart. How many of you would vote for a toe? Honestly, not one is going to vote for a toe unless I suggested it. But even the smallest of toes is important.

Deion Sanders was one the greatest athletes I’ve been able to see in my 40 years of life. He excelled in both football and baseball on the professional level. His self-given nickname was “Primetime.” It’s rather ironic that “Primetime” was forced to retire  while still in his “prime.” Do you know what forced him to retire? His toe. He had a turf-toe condition so painful and recurring that it forced him to retire from his status as an elite athlete.

What’s the moral of the story? You know what it is: every part of the body, even the little ones, are important for the good of the body and therefore for the good of every other part. Since that’s true, you would never see the foot realize one day that he’s not a hand, shove his toes in his pocket and say, “I can’t make a pretty art project for my mom. I can’t write out a check and put it in the offering plate for my Lord. The person can learn to walk on his hands. So, “because I am not a hand, I am not part of the body.” You’d never hear the ear say, “I’m not an eye. I can’t see the beauty of God’s creation. I can’t read God’s Word. The eye can read music. So, “because I am not an eye, I do not belong to the body.”

What we have here is a beautiful description of the doctrine of Christian vocation. Far too often our world, and unfortunately even those in the church, have given a ranking system to the different parts of the body of Christ. People will say that if you’re a pastor than you’re much more valuable to God than the common person. If you’re on the church council, if you’re on this or that committee, then you must be better. Hogwash! What did Paul tell us before, “For by one Spirit we all were baptized into one body, whether Jews or Greeks, whether slaves or free people, and we were all caused to drink one Spirit.”

We are the same in our differences. If you have children at home to take care of and can’t serve on three committees at church, that’s where God has placed you. Serve him in that role. If you’re blessed with lots of time instead of lots of money, use what God has given you for the benefit of the body. This is not an excuse not to serve. In fact, it’s just the opposite. What God tells us today is that everyone has a part to play, whether at church or at home, whether at work or school. Remember, the body of Christ does not just function on Sunday morning. Every relationship that you have brings new opportunities to serve in love and build up the body of Christ.

Jesus’ primary job was to be our substitute, our Savior. But he also provided us with an example to follow. Christ, our Head, didn’t sit back and let someone else try to do his work. No one could. In a love so strong, he found you and me when we didn’t want to be found. Through his life’s work credited to us through the Spirit’s gift of faith, you and I stand confidently before God as pure and holy as he is. As we bask in the glow of Christ’s love and walk in his love, how can anything stop you from serving your church where you can? Just because we’re different doesn’t mean we’re poor. In fact, our differences make us rich. They show how us greatly God loves our church.

Paul says, “But now God has arranged the members in the body, each and every one of them, as he desired.” What does God want? Only and always to love and care and do what’s best for his body. As members of the body, as members of the body who long to do God’s will, that’s what we will want also. As each of you use your gifts, the body to which we belong grows healthier. “So if one member suffers, all the members suffer with it, or if one member is honored, all the members rejoice with it.” What a blessing God has given us as part of the body of Christ! What a relief it is to know that God has placed each of us just as he desired, for our good and our neighbors.