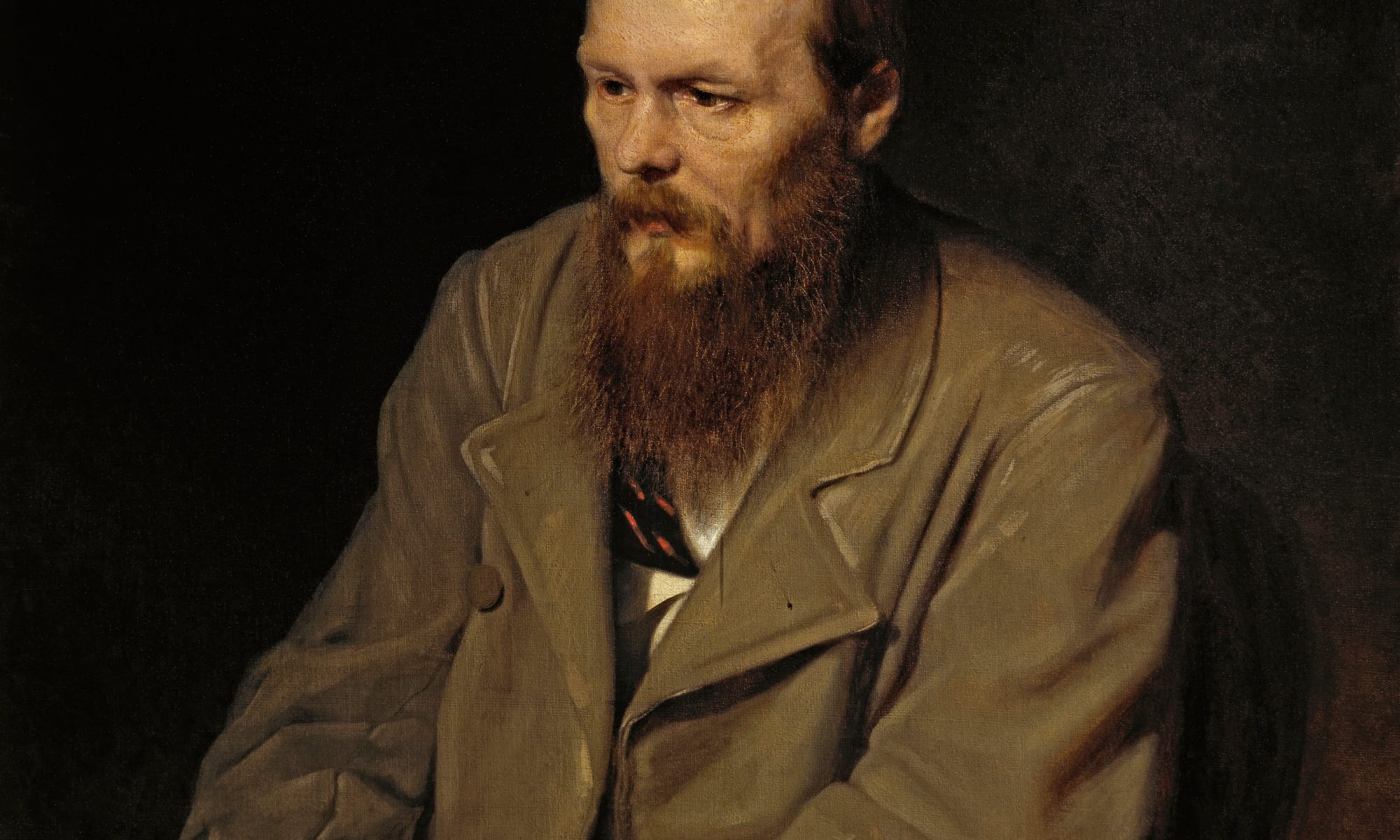 One of the books I have some of my students read each semester is actually not a book, but a section from a much larger novel. It’s The Grand Inquisitor, which is from The Brothers Karamazov, a wonderful novel, though long, by Fyodor Dostoyevsky. Though no fan of Western Christianity, a devotee of Russian Orthodoxy, Dostoyevsky has some powerful insights into the human psyche and the aspects of human personality and energy that manifest themselves in everyone, although to different extremes. And so, to be very basic about it, three brothers Karamazov, Alyosha, Ivan, and Dmitri, represent three basic human drives: religion, reason, and sensuality.

The Grand Inquisitor consists of a dialogue from the guts of the Brothers K between Ivan and Alyosha. Ivan explains what he considers the chief problems facing humanity to be and how they lead him to question, if not the existence of God, then his goodness and benevolence. Chief among them is suffering. To make his point, he highlights especially the suffering of children, and this in almost grotesque detail. The reader can’t help but agree with him that suffering, and especially the suffering of children, is a terrible thing. In fact, the reader must recoil with Ivan at such a blunt examination of the depths of human depravity and the fallenness of this world. The careful reader will pick up on something, though. Ivan has completely detached himself from this world and his fellow humans. While he pleads their suffering to protest the notion of a loving God, they are little more than subjects to him, abstractions. He doesn’t see himself as one of them, and he in fact detests the fact that so many of them still cling to the hopes of a better, eternal life to come and a merciful and caring Savior in the midst of their dire straits. He wants to stand above it all. He wants a system—a political system, for instance—and an ideology to overcome and transcend the human condition in this life and for this life. He wants to be god, but not a god who steps into the gutter, who holds the hand of the dying and cradles the frightened and ashamed.

Alyosha is a very religious man. He is fearful for his brother’s soul. He too is troubled by human suffering, but more troubled by his brother’s indifference to it, even in the name of a purported zeal to end it. Alyosha points out that God has Himself suffered. That while suffering endures in this life, God is not a stranger to it. Christ has held the hand of the dying, and has died. Christ has cradled the little children, stood with and for the frightened and ashamed. Now, Alyosha, influenced by a spiritual father who could not be more Orthodox in his disposition and Christianity, doesn’t necessarily come to a complete answer to Ivan’s challenge, but he does do something profound. After Ivan told a story about a Grand Inquisitor who had arrested a Jesus figure who had appeared in Spain during the Inquisition, whom the Jesus figure had kissed but not disobeyed or rejected, Alyosha himself kissed his brother. Ivan had said that the Jesus figure’s kiss had glowed in the Inquisitor’s memory, although he clung to his former ideas. The reader is left to wonder if the same will happen with Ivan.

Many don’t realize it, but Dostoevsky was reading Luther while he wrote The Brothers K. While he has less than positive words things to say about the Lutheran Reformation, I can’t help but wonder if Luther influenced him more than he realized. One of the key themes in The Grand Inquisitor and The Brothers K is freedom. And at times Dostoyevsky hits upon almost Lutheran themes as he elaborates upon freedom and what it means, so much so, at least, that I can’t help but make connections when I teach the book.

As Christians, we are knee-deep in a fallen world. Even more, we are born six feet deep in it, dead in trespasses and sins, slaves, at no time more unfree than when we claim freedom outside of and from God. And yet Christ did not stand over us, detached. He didn’t treat us as subjects. He made us objects of His love, went into the gutter, called us out of the grave, gave Himself for us, betrayed by the kiss of a Judas He still called “friend.” Do we remember that? Do we keep that in mind when we deal with each other as Christians or are we tempted to stand over our corner of Christianity, identifying its problems, casting its villains, determined to come up with a system or establish an ideology that will free it of suffering or impurity or whatever in this life (and, whether we realize it or not, for this life)? It’s easy to do. It’s easy to become detached, especially in purported concern for others. Do we do the same with those around us, outside the walls of the church? Are they subjects to be considered, speculated about, analyzed? Or are they objects to be loved, shown mercy, proclaimed grace in Christ our Jesus?

Whether Dostoyevskty would agree with my Lutheran take on his novel, I think there is a very valuable and necessary reminder to be found in The Grand Inquisitor for those who read it with Lutheran eyes. We have a Jesus for whom we are not abstractions but concrete recipients of His mercy and promises. We have a Jesus who steps into suffering, who kisses even His enemies, who sees the dying, the ashamed, the afflicted, the sinful, not merely as problems to be solved, projects to be fixed, but as people to be loved. He holds hands, He listens, He gets muddy, He speaks hope and deliverance, not merely or primarily for this life, but for so much more, forever. Even more, He sends the same, those of us whose hands have been filled, whose ears have been filled with comfort, whose hearts have been read and stilled by His grace, to get muddy as well, to see, not subjects in some grand experiment, abstractions, when they look around them, but objects of compassion, concrete neighbors to be loved as Christ Himself, not for salvation, but because salvation is ours through Christ and Christ alone, as gift, by promise, beyond our doubts, apart from our works, delivered by hands pierced for our transgressions through the very stuff of this fallen world, the mouth of a fellow sinner declared a saint, through water, bread and wine.