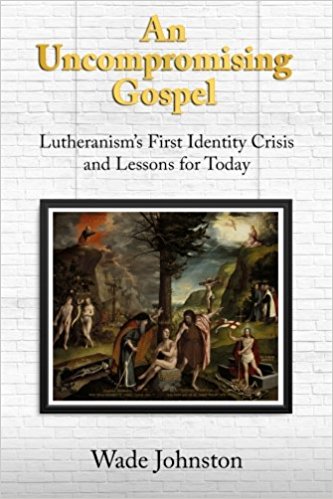 In this Wingin’ It session Wade discusses another topic from his book An Uncompromising Gospel: Lutheranism’s First Identity Crisis and Lessons for Today. In this session Wade discusses the Majorist Controversy over good works, which is named for Georg Major, who argued that good works are necessary for salvation. The controversy is handled not by minimizing good works, but rather by emphasizing that our confidence is placed not in good works, but in the work of Christ. Listen in and grab a copy of Wade’s book for more on Georg Major and the Majorist Controversy.

Peter interviewed Wade on his book in Episode 12, so if you haven’t listened to that episode yet, it will provide a broader view of Wade’s book. And, as promised in that episode, Wade provides a more in-depth discussion of one aspect of his book in this Wingin’ It session. If you’d like to listen to Wade’s other Wingin’ It episodettes on his book, head on over to our Wingin’ It page where you’ll find them all.

Stay tuned for more Wining’ It sessions on Wade’s book!

“The Last One” by Jahzzar is licensed under an Attribution-ShareAlike 3.0 International License.

“Not Drunk” by The Joy Drops is licensed under an Attribution 4.0 Intern