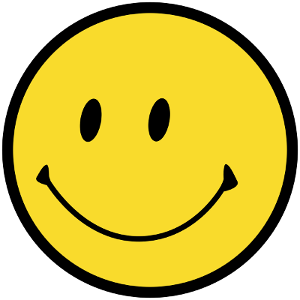 I spent a lot of time working in restaurants before I went to seminary. I liked it, too, for the most part. There was one time, though, that really got under my skin. I was in college, nearing the end. There was a guy who used to come in where I worked almost every day when I was there. He was almost always unbearable. Morning after morning it was the same routine. He’d come in, berate one of the girls working up front (high school girls on the weekend, most working their first job), and complain no matter how quickly he was served. One day I lost it. That morning he was tearing into a sweet young lady who’d done nothing wrong. He was outdoing his normal outbursts. She was on the verge of tears. She’d done nothing wrong. I went up front to deal with it (I was an assistant manager, or whatever the title they had for that was—I didn’t write it down for my application for seminary). After listening to the same old bellyaching, I lost it and blurted, “What’s it gonna take to make you happy, dude?” I then detailed how much of a pain in the backside he was, how ruining this girl’s day wasn’t going to make his day any better, and that I sure hoped she wouldn’t end up as miserable and cruel when she was his age. Needless to say, I was informed by the head manager that I shouldn’t do much work in the front for a few weeks, but I think I got my point across, and I still don’t know if I regret it, at least not entirely.

As I think back to that, and I do often, I have mixed feelings about that guy and what I said. Sometimes I feel bad, because maybe I broke him. Perhaps I was one more voice in ears already filled with criticism and disappointment. Sometimes I feel fear. As I get older, I too often catch myself to some extent acting like him, thinking the world revolves around me in some moment, even if I’m keenly aware it never does otherwise, wanting just one thing to be about me, to be the one people are there to serve, just once. Sometimes I feel anger. Those poor young ladies working up front didn’t deserve his anger and too many people are those young ladies every single day, catching grief, taking heat, even though they’ve nothing wrong, having their smiles turned to tears, their excitement to dread. Sometimes I simply feel depressed, because all the dynamics at play in that moment are in play every day for about every person in this fallen world, and it’d be great if it weren’t that way, but it is. The world is full of the disillusioned and the harangued, and many times the former were the latter at one point, or still are. We turn on each other, eat each other up, drain each other of joy, hope, aspirations. Sadly, we can often do this most to those we love, and who love us, more than any others.

I come back to that question I asked him a lot: “What’s it gonna take to make you happy?” Are you happy? What does it mean to be happy? How do you plan to get happy? When you’ve found happiness, have you been able to hold onto it? What’s brought you happiness? It’s a funny thing, happiness. I can think of few words we use so often that we define so little, that seem so hard to pin down.

What’s it gonna take to make you happy? Isn’t that an important question, especially for us Americans. I mean, the pursuit of happiness is built right into our national DNA, part of our founding vision. But is happiness something to be pursued? Is it the result of activity? Do we hunt it? Can we bait it? Or is that a pursuit without end, like the famous coyote and roadrunner.

So what’s it gonna take to make you happy? I’ve finished school, multiple times. I’ve gotten married, had kids, had jobs (and calls), won some stuff, gone some places, but none of that, in the end, has made me happy, like constantly happy, totally fulfilled. Have I just done it wrong? Did I go to the wrong schools, get the wrong degrees, travel the wrong places? What gives?

What about you? Have you tried it all, or at least a lot of stuff? Have you found it, lasting, constant, fulfilled happiness, emotional peace? Of course, you haven’t. I’m sure you’ve had your highs, but they never last forever. I’m sure there are fond memories, but they are memories—you can never relive them, tempted as we sometimes are as we get older. We get just enough to tease us, to make us want more, but each time it takes more to give us the emotional charge we got the time before. So what gives?

John Calvin once said something along these lines: “The human heart is an idol factory.” How easily we turn good gifts into gods and expect from them what they can’t give. In so doing, we miss out on proper enjoyment of them. My spouse, my children, my job (or calls), my degrees, none of that is meant to make me whole, to fill me up, to give me complete and total peace, emotional tranquility. No, they are gifts, created gifts, to be enjoyed, not as ultimate, as the final thing, but as penultimate. It’s completely unfair to ask them to be what they’re not, to deify them and then make demands of our newly minted deities. True happiness, lasting peace, must be found elsewhere, and it’s not primarily emotional, although emotions certainly aren’t bad—they’re part of being human.

Paul wrote to the Philippians, “And the peace of God, which surpasses all understanding, will guard your hearts and your minds in Christ Jesus” (Philippians 4:7 ESV). Jesus said, “Peace I leave with you; my peace I give to you. Not as the world gives do I give to you. Let not your hearts be troubled, neither let them be afraid” (John 14:27 ESV). True peace, lasting peace, is not the peace of this world. It’s peace in and from Christ Jesus. It surpasses all understanding. In the midst of fear, it says, “Do not be afraid.” It speaks it with authority, too, because it knows we have plenty to fear, that from our side of our eyeballs and ears and minds, life is scary as all get-out. It’s a peace that endures even in suffering. Paul told the Romans:

“Therefore, since we have been justified by faith, we have peace with God through our Lord Jesus Christ. Through him we have also obtained access by faith into this grace in which we stand, and we rejoice in hope of the glory of God. Not only that, but we rejoice in our sufferings, knowing that suffering produces endurance, and endurance produces character, and character produces hope, and hope does not put us to shame, because God’s love has been poured into our hearts through the Holy Spirit who has been given to us.” (Romans 5:1-5 ESV)

Happiness isn’t primarily emotional, just like love isn’t. Happiness is a state. It’s a standing. It’s something granted to us. It’s receptive. It receives gifts as gifts. Christ’s breath becomes its own, as when He appeared to His frightened disciples after His resurrection.

Does that mean we always feel happy? Of course not. Suffering is suffering. Enduring isn’t easy. We are emotional people in an emotional world full of difficult people—and we are difficult people, too, because we’re people, and fallen people are by nature difficult. That’s why John reminded the early Christians, and reminds us, “By this we shall know that we are of the truth and reassure our heart before him; for whenever our heart condemns us, God is greater than our heart, and he knows everything” (1 John 3:19,20 ESV).

People have been trying to figure out happiness since Genesis 3. Aristotle, though he defined it differently than many do today, considered it the goal of human life and gave careful thought to how we might attain it. Countless philosophers, theologians, counselors, and gifted thinkers from all sorts of fields and disciplines have set their minds to doing the same. It’s a thoroughly human thing to want to be happy, but few things are more difficult for humans to achieve, at least in any perpetually fulfilling way. It’s a pursuit that easily leaves us addicted, broken, deluded, or superficial. We either settle or despair, strive to the death or work to become indifferent, stoic.

What’s it gonna take to make you happy? It’s gonna take something outside of yourself, and nothing you can work for, buy, or earn. It’s gonna take Baptism, promises from a Promiser worthy of trust, forgiveness, an inheritance in heaven, and the perspective that comes with having our heaven elsewhere and not here. And, hard a sell as that might sound, with it comes a freedom. We’re free to enjoy the things of the life as gifts which we need not turn into idols. We’re free to let that enjoyment be our worship, not of created things, but of the Creator. We’re free to live in the penultimate in the light of the ultimate, to have our cake, when and where God gives it here, and eat it, too, with a ticket to an eternal feast and a home with the only One who gives true, lasting, eternal fulfillment and peace. Don’t buy it? Well, good, because it’s all gift and not for sale, although you’re free to keep trying all the other stuff you’ve been trying if you’d rather. Fallen sinners are always free to choose slavery to their desires and idols and sin, because it’s their natural state. Let me know how that works out, though, not just for a day, or year, or decade, but to your deathbed and beyond. End of the day, however, my guess is that you wouldn’t be this far into this post if you’d figured it out already, if your pursuit had found its prey.

What’s it gonna take to make you happy? Happy and blessed are often used interchangeably in the Scriptures. There’s good reason for that. You may not feel happy in the moment. In fact, maybe you were that guy at the restaurant recently, whether at the restaurant, or on the road, or in your home, or at work. You are blessed, though. You are the one for whom Christ died and rose, became the most unhappy, forsaken, to make you a most felicitous (happy!) child of God, part of His family, one to whom He has promised a peace unbreakable even by the most messy and rotten stuff of this fallen world. Isaiah prophesied, “With joy you will draw water from the wells of salvation” (12:3 ESV). Drink up, free of cost, even when the world has made your taste buds dull and your spirit weary. Know, too, that, even then, the Spirit is at work, even praying for and through you (a happy truth!), because it’s in grace you now stand in Christ.