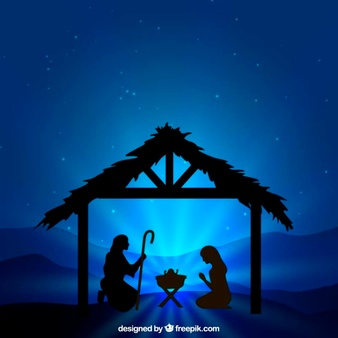 What’s your inheritance? What does that question make you think of? Maybe what you’ll receive when a relative dies. Maybe what you’ll leave behind to your relatives when you die: a house, car, jewelry, furniture, heirlooms, etc. Inheritances are important things. Even at a young age we may already scope out some of the things we will get. Maybe we even feel guilty for looking forward to inheriting them. I know when my Grandpa passed away, I was excited to inherit all I had asked to inherit: his Bible. I was even more excited to find it worn, tattered, and marked up.

Paul tells us what inheritance we deserve as sinners and it isn’t pretty. We deserve to inherit despair, loneliness, anxiety, agony, death, separation from God, and hell. In fact, we already suffer some of these things, don’t we? Fortunately for us, however, there is more to our lesson. St. Paul tells us that Christ took our inheritance, suffering and paying for it on Calvary’s cross, and gave us His inheritance. He gave us hope, acceptance, contentment, joy, life, and peace with our Triune God.

The Galatians were being lead astray by people who taught that we are saved by Christ AND the Old Testament ceremonial law, at least to some extent. These teachers said having faith in Christ was great and all, but not enough. Christians ALSO needed to eat kosher or be circumcised or follow other Mosaic laws—all laws that were meant to foreshadow, not supplement, Christ—laws which Christ fulfilled and cancelled when He died. Paul says to those false teachers, “I will tell you why Christ came. He came not to give a new law, not to be an example for a work righteous lifestyle, but to be your Savior!” St. Paul says to the confused Galatians, “Look at what you were. Look at what you are now. Why would you want to return to the slavery and the burden of the law?”

St. Paul makes it clear that everyone by nature is a slave to the law. In verse 3, he writes, “Even so we, when we were children, were in bondage under the elements of the world.” The elements are the ABC’s of the world,  the basic things. For the Jews, the ABC’s were the infinite laws they observed and slaved under. For the Gentiles, the ABC’s were Athena, Baal, Chemosh, or other gods and temples, civil religion and philosophy. Neither the elementary things of the Jews nor the Gentiles led to salvation, but only to Hell. They were slaves to sin, either to the self-righteousness of the law (“I can do it myself”) or to despair (“I can never do enough”), and to death, that is, death in this life and death in the next.

Take St. Paul’s words to heart. What he wrote to the Galatians two thousand years ago still rings true for us today. Our false teachers have different names but the same teachings: chains of the law or chains of idolatry. They say either “do these things” or “serve these things.” All of them lead astray if they tell us that anything at all can our should be added to Jesus’ work on the cross.

Paul speaks directly to us and says, “You are still by nature slaves. You can pick your ABC’s, whether adultery, booze, commercialism or you-pick-something (and we can make anything into these ABC’s), but they still lead to death. We are no different than every man and woman to go before us. We cheat, lie, steal, speak crudely, slander, and sin in various ways, including the most religious ways. Even when we seem to avoid sins of action, we cannot escape sins of thought. We serve ourselves. We ignore the needs of others. There isn’t anything we have that we haven’t taken for granted at some point. Christ easily becomes an afterthought even in this season rich with reminders and symbolism rooted in His person and work. It’s fair to say we truly deserve the inheritance that is ours without Christ, the same inheritance the Galatians were bound to receive apart from the freedom of the gospel. We have more than earned it.

Notice, however, that I said “without Christ.” Notice what the evangelist continues to say. Here is the “Joy to the World’ part. “But when the fullness of the time had come, God sent forth His Son, born of a woman, born under the law, to redeem those who were under the law, that we might receive the adoption as sons. And because you are sons, God has sent forth the Spirit of His Son into your hearts, crying out, ‘Abba, Father!’ Therefore you are no longer a slave but a son, and if a son, then an heir of God through Christ.”

Christ voluntary became one of us. Christ voluntarily descended into human flesh, looking like you and me, and took our place so that we could ascend one day with Him to Heaven. He kept the law we could not keep. He lived the life we could not live. He did this and, as St. Paul adds in Colossians, “has made us alive together with Him, having forgiven you all trespasses, having wiped out the handwriting of requirements that was against us, which was contrary to us. And He has taken it out of the way, having nailed it to the cross.” Why was Christ born under the law? What beautiful words: “to redeem those under the law.” He came, we killed Him, and He absolved us. He proclaims us His own–free from all that enslaved us, including our very selves.

Christ took our inheritance. He left His home for us to inherit it. Sin is forgiven, Death is dead, Hell is closed up for all who believe, because God has become Man, and God loves us, as the Child in the manger proves.

That is Christmas. That is the Christmas gift: God’s undeserved love. You are God’s own sons and daughters. Feel free to scope out your inheritance. Study the Scriptures. See what God has prepared for His sons and daughters in Christ. Joy to the World, the Lord is Come!