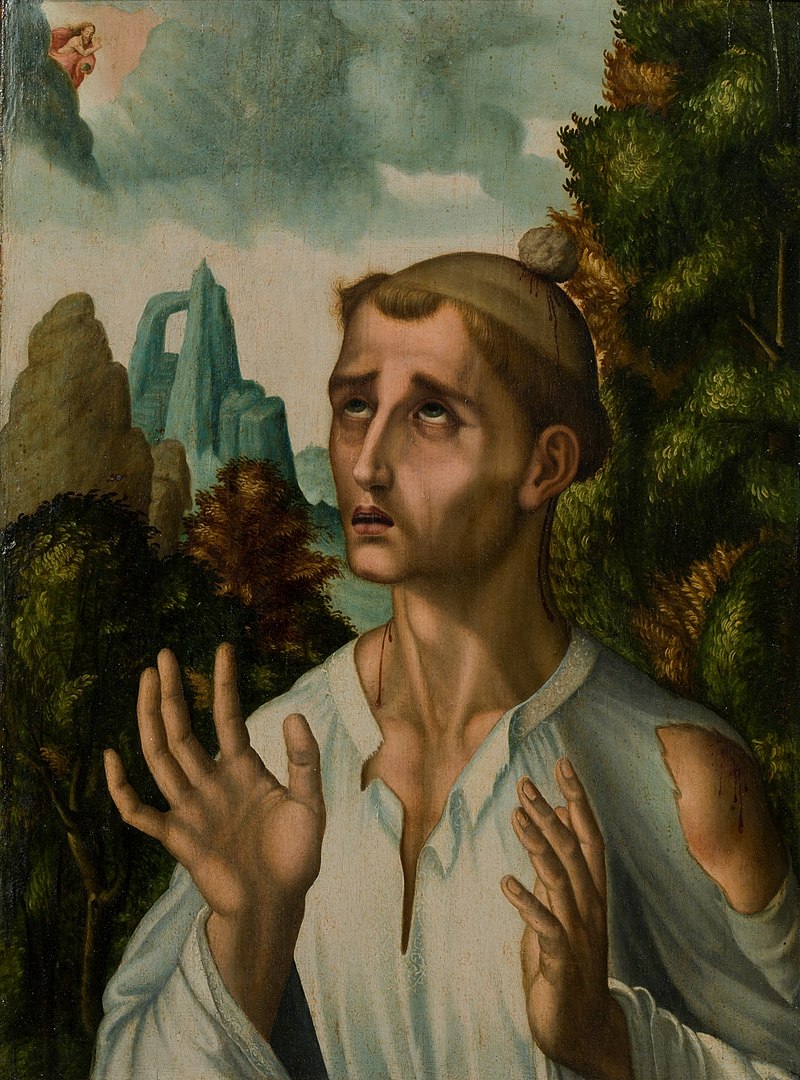 Why did they stone St. Stephen? Was it because of a mob mentality? Did he offend them? Did he attack the core of their religion? What it because he spoke the truth? We could answer yes to all of these questions.

How does a group of people become so irate that all morality seems to be lost and replaced with a thirst for blood? Finally, the answer is sin. Really bad sin. Total depravity. Sociologists remind us of this danger. It was ordinary people who have carried out the most atrocious acts of human history. Genocide is never because of one person; a whole people must foam at their collective mouth. Any group can become this irrationally full of hate. And yet a strong leader is necessary for such evil. A heinous idea too. So it is not that the murderers of Stephen were worse than us. It was a false leader and false idea. In this case the leader was Satan and the false idea was self-righteousness.

Stephen was arrested for his preaching and dragged before the Sanhedrin. There he offered a defense. He cataloged the rejection of the gospel throughout Israelite history and ended with this final punch: “And now you have betrayed and murdered [the Righteous One] – you who have received the law that was put into effect through angels but have not obeyed it” (Ac 7:51b-52). This was the final straw. Stephen spoke the truth and they killed him for it.

The truth was that Israel had abandoned the gospel for a self-righteous religion. It was the Messiah who would set them free from the terrors of God’s wrath. No amount of animal sacrifice or law-following could overcome the sins of humanity. Too many in Israel found their comfort in a false hope, their obedience to a religious code made them right with God. And the same lie that cost the prophets of the Messiah their lives cost Jesus his life. And now it was Stephen’s turn but not before Stephen could utter gospel. “Lord, do not hold this sin against them” (Ac 7:60).

Too many in our world live by the same lie and follow, unknowingly, the same genocidal leader. They may not have stones in their hands but they do have darkness in their hearts. In fact most of them aren’t angry at all, just sad. It is easy to see those around us as enemies of the gospel. This might true but we tend to make it personally, don’t we? We want to beat them. We want to win. Wed come dangerously close to a mob mentality too. Better to take the cue of Stephen. He did not see his murderers, first and foremost, as his enemies, but rather as souls in need of redeeming. After preaching harsh law, he pled for their forgiveness. He simply repeated Christ’s plea from the cross, “Father, forgive them, for they do not know what they are doing” (Lk 23:24).

Yes, the world needs law, harsh law, but only as a precursor for the gospel. So give them gospel. These aren’t your personal enemies, they are sinners just as depraved as you and me. Christ’s plea from the cross and Stephen’s plea on his knees should be our prayer as well. And who knows? There may be someone in the mob holding coats that might one day be touched by such beautiful gospel in the middle of such hate, the same gospel that saved you and me. Father, forgive them.