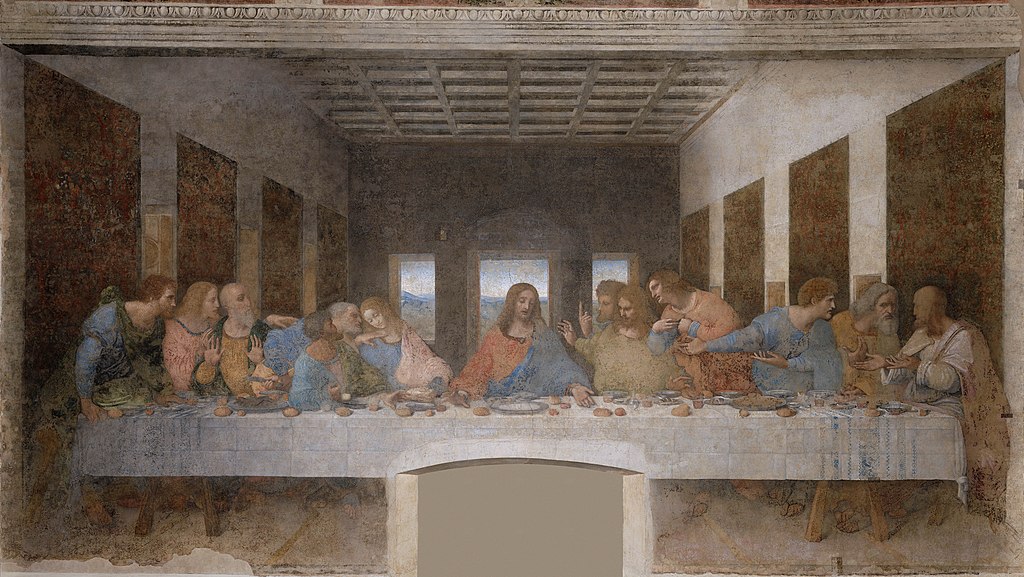 Harmony of the Gospels: Passover and the Lord’s Supper

Jesus told His disciples, “The hand of him who is going to betray me is with mine on the table.” Jesus would be arrested by His enemies, but a friend would deliver Him into their hands. And what do we read in the next paragraph? “After Jesus had said this, he was deeply troubled. His disciples were very sad. They stared at one another, at a loss to know which of them he meant, and began to question among themselves which of them it might be who would do this. One after the other they began to say to him, ‘Surely not I, Lord?’”

First, Jesus was deeply troubled. Jesus was not looking forward to what was to come, to the mockery and spit, the lashes and the thorns, the nails and the thirst. Even more, He was not looking forward to being abandoned and betrayed by His own, being forsaken not only by His Father, but by His friends and followers as well, who would, with the exception of John, scatter like frightened mice, and in Peter’s case deny Him. They’d been with Him for three years. He loved them. Surely, they loved Him too, albeit imperfectly. They’d stuck with Him through hard words and the slander of the Pharisees. They’d lived with Him hand to mouth. They’d walked countless miles at His direction. They’d listened to all kinds of sermons preached in all sorts of setting. And yet the events of the days to come would separate them and test their bond like nothing else ever had.

Jesus wasn’t the only one troubled by this, however. His disciples were very sad. Why? They knew that they had it in them to betray Jesus. You can almost feel their concern as they ask, one by one, “Surely not I, Lord?” And notice that they ask it. They’re not making a pledge. There is a sense of doubt in their words, almost begging Jesus to reassure them. “Surely not I, Lord?”

Can’t we identify with them in that? How often, when we hear Jesus words in the Gospels about those who will fall into willful sin and be condemned, don’t we have to ask, “Surely not I, Lord?” We know our weakness. We know how inclined we are to trespass. We know how alluring temptation can be. We know how often what is evil seems good and what is good evil in our eyes.

And yet it was to these men our Lord gave His Holy Supper, wasn’t it? It was to these men that He gave the medicine of immortality, His Body and Blood, given and poured out for them for the forgiveness of sins. And He gave it to them for good reason. He knew they would need it—they would need it just as we still do. Jesus did not change His plans because His disciples would let Him down. No, it was all the more reason for Him to press on with His passion. His love for them was not diminished because of their weakness and frailty. No, His love for them was stirred all the more, because He is kind, compassionate, and merciful. And their weakness, while pervasive, was not beyond the Spirit’s reach. As Peter pledged, he would one day die for His Lord, martyred for preaching the gospel, as would all the rest but Judas and John, who was exiled to Patmos. And the same Spirit who emboldened and heartened them is the Sprit the Son has sent to and for you, who works through the preaching of the Word and the Supper He instituted, day by day, bit by bit, to conform you to His will and renew you in His image.

“Simon, Simon,” Jesus said to Peter, “Satan has asked to sift you as wheat. But I have prayed for you, Simon, that your faith may not fail. And when you have turned back, strengthen your brothers.” Satan would sift Peter, and Peter would fall, but by Jesus’ prayer and the Spirit’s assistance Peter’s faith would not fail. And our faith has not failed, even if it has languished. Knowing our own weakness, God has gathered us to receive His forgiveness and, restored through repentance, encourage and edify one another in the same. “Surely not I, Lord?” Yes, surely you and surely me.