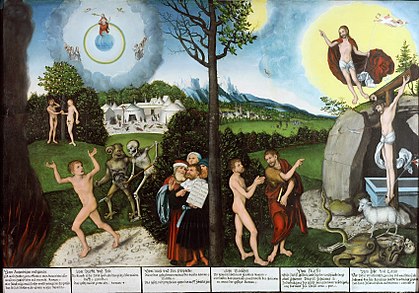 There are two gardens. You’ve rightly belonged with our first parents in the one, but you now belong with Christ in the other. So get your gardens right today and rejoice. One is where it started. One is where it ends, and what a blessed end it is. You seek Jesus of Nazareth, who was crucified. He is risen, and He is risen, just as He was crucified: for you. Alleluia and alleluia. Amen.