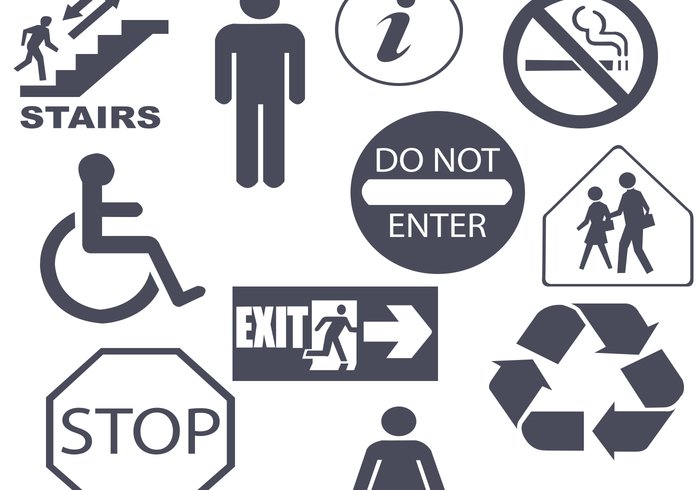 Luke and Beth were ecstatic. The doctor had just told them the news. They were pregnant. Soon, he said, they’d be able to listen to the heartbeat. Soon, he said, they’d even be able to see Junior on the ultrasound screen. Luke and Beth were ecstatic. Their first child was on the way. Luke was sure he’d be a football star. Beth was sure she’d be a ballerina.

But soon stops seeming so soon when feet and bellies swell, cravings come, and moods swing faster than a welterweight. They did get to hear Junior’s heartbeat. It seemed like all they needed to stoke the flames of enthusiasm again. It seemed like that, but, after a while, the heartbeat didn’t seem like enough anymore. But the ultrasound would be soon. Just be patient.

They did get to see Junior on the ultrasound screen. They even got pictures to hang on the fridge. It seemed like all they needed to stoke the flames of enthusiasm again. It seemed like that, but, after a while, the pictures didn’t seem like enough anymore. Patient was getting harder to just be.

The doctor encouraged them to take classes. Luke half-listened and pretended he was somewhere else as they listened to New Age music while pregnant women, like beer-bellied pretzels, contorted their bodies in different birthing positions. Be prepared was always the mantra there. Pack the bags, watch for the signs of labor, know the route to the hospital, bring relaxing music. But all that was a long way off.

Nine months and four days after the baby was conceived, the guys called Luke. It was guys-night-out. Beth wasn’t thrilled, but Luke pointed out that Junior hadn’t come yet, and sure seemed to be taking his time, so there was nothing to worry about. He went out with the guys. They went to the bar. About an hour into the fun, Luke’s cell phone rang. Her belly hurt. “It’s probably just gas,” he told her. Together with the vomiting, Luke’s newfound familiarity with her gas was one of the real treasures of pregnancy. “All right,” his wife replied, not wanting to ruin his night. A few more beers.

An hour later, another phone call. “I am pretty sure I am having contractions.” “Remember when you were having contractions a couple weeks ago and the doctor said they were just Braxton-Hicks contractions?” “Yeah.” “It’s probably just those.” “Ok,” his wife replied, not wanting to pester him. A few more beers.

A little while later, another call. “My back sure hurts a lot.” “Well, you were on your feet a lot. It will feel better after a good night’s sleep.” “All right,” Beth responded, and hung up. A few more beers.

The guys asked him how the pregnancy was going. “I don’t think this baby is ever coming,” Luke said. They asked if he’d packed the bags yet. He hadn’t. He’d do it later. There was no hurry. They asked if he knew the way to the hospital. He didn’t yet, but he’d figure it out. How hard could it be? They asked if he had read through the stuff he was supposed to do while she was delivering the baby. “I coach basketball, how hard can coaching child labor be?” A few more beers.

An hour later, Beth called. “I’m at the hospital. Your mom brought me.” “What!” Luke interjected. “Why didn’t you call?” He asked the guys for a ride. Unfortunately, he asked the same guys he had bought a couple rounds for a little earlier. There was no one to drive him. He tried getting a cab, but there wasn’t one in the area. Luke missed Junior’s birth. He thought about how ecstatic he had been when the doctor told them they were pregnant. He thought of the heartbeat and how excited he had been. He thought of the ultrasound pictures and how excited he had been. He thought of the classes he sat through to get him ready for this day. What had happened to the excitement, the urgency, the joy, the hope? How had patience turned into apathy? How had each day somehow become bigger than the Day, this Day, the biggest day in his life?

“For whatever was written in former days was written for our instruction, that through endurance and through the encouragement of the Scriptures we might have hope.” “But watch yourselves lest your hearts be weighed down with dissipation and drunkenness and cares of this life, and that day come upon you suddenly like a trap.”

Jesus is coming. Do you remember the joy filled you as you first learned about him, whether as a child soaking in the Bible story in Sunday school or as an adult discovering his forgiveness for the first time. Do you remember how excited you used to be when listened to Him speak through His word and His pastors? Do you remember how excited you used to be as you pictured Him in your mind, as you saw Him in the Sacraments? Jesus is coming. What happened to our excitement? How has patience turned into apathy? How has each day somehow become bigger than the Day, this Day we look to today, the biggest day in our lives and the life of the Church. We’ve sat through the classes. We’ve learned the signs. We’ve been told to prepare, to pack ourselves with gospel, to be in the right position when He comes, to learn the music of His mercy, to know the route through the cross, through the tomb, and into the skies. What happened?

Jesus is coming. Seems like we say that every year, doesn’t it. Where is He? It’s been nine months and more than four days. Why is He running so late? Waiting gets tiring. Sometimes we just want to slumber, to unwind. After all, if He hasn’t come yet, why should we think He might come today.

“Truly, I say to you, this generation will not pass away until all has taken place.” And all the signs were seen in that generation, just as they continue to be seen in ours. The skies darkened as the earth shook at our Savior’s crucifixion. War consumed Jerusalem and spat out the rubble with disregard. The heavens and the seas brought confusion and disaster even then as they have been wont to do now and again since the Fall into sin. We’ve seen the signs, but we’ve not seen Jesus, and, so, with every day He does not come, the “D” in that Day gets smaller in proportion to the increase in the size of the “d” in today. Why, we even put a “d” in tomorrow as we invest more wisely in our retirement than in our resurrection. “Now when these things begin to take place, straighten up and raise your heads, because your redemption is drawing near,” He tells us, but our neck gets sore with time.

St. Augustine observed in his day as we’d do well to observe in our own, and in ourselves, that death is every individual’s Last Day, and yet we keep right on living the kind of lifestyle in which we surely don’t want death to catch up with us. Have you ever thought about what your family may find in your home, on your computer, or anywhere else when you die and they go through your things. I heard a story one time that there are actually some people who hire individuals to get rid of the naughty things before their family stumbles upon them. Worse than your family finding your things, consider how your Lord will find you! Every moment we should ask, if Christ should come now, is this how I want to welcome Him? In sin is no way to die, because in hell is no place to spend eternity.

Jesus lists the sins He does for a reason. Dissipation, drunkenness, the cares of this life: they all distract and inebriate the heart and mind. They inflict us with the worst possible case of nearsightedness so that the horizon, that is, Jesus’ coming, which like objects in your review mirror is closer than it appears, becomes blurry while the here and now is rendered larger than life.

So should we whose heads in the waters of life have been lifted up to look for Him in whom we live now hang our heads in the shame of our sinful distraction and apathy? Should we hold them high, not in expectation, but in pride, in a false sense of security concerning our Lord’s return? Should we hide our heads in the sand, afraid of our Lord’s return? What should we, whose hearts have become heavy with the worries and ways of this world to the point that we wonder if our faith still has the muscle to lift them up to the Lord as the ancient liturgy exhorts us, now do in this winter of confusion and guilt?

“Look at the fig tree, and all the trees. As soon as they come out in leaf, you see for yourselves and know that the summer is already near.” Summer is coming. The tree of the cross of the Rose of Sharon buds and blossoms. The aroma of spring grows stronger by the minute. Jesus is coming, and His words will never pass away. Even as the world goes to hell in a hand basket, rejoice, and fix your eyes on the skies. “For whatever was written in former days was written for our instruction, that through endurance and through the encouragement of the Scriptures we might have hope.” Heads up, you Christians. Forgiveness is liposuction for your heavy hearts, and hope is laser surgery for your blurry eyes. Jesus is coming. Hear the heartbeat. See the pictures. Don’t merely remember the joy, but kindle it. Fellow redeemed, your redemption draws nigh. Jesus is coming. Now “may the God of hope fill you with all joy and peace in believing, so that by the power of the Holy Spirit you may abound in hope.”