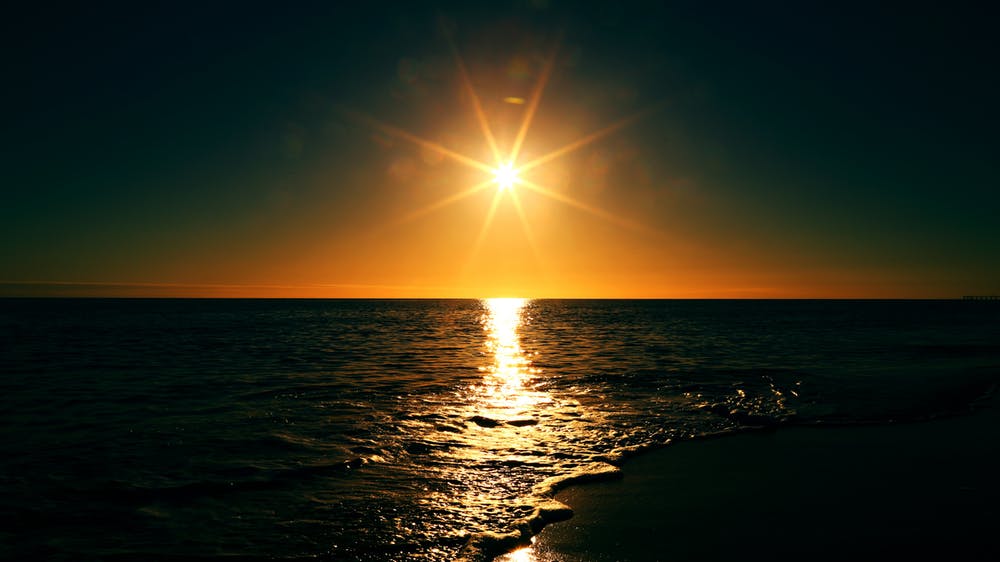 Malachi means “my messenger.” Malachi’s message, together with Genesis, forms the bookends of the Old Testament. Malachi’s is the last prophet’s voice we hear until John the Baptist. As the Old Testament began with a promise of a Savior to crush the serpent head, so it closes with Malachi’s promise of the Messiah to come, the Sun of Righteousness, who would bring peace between God and man and between men. For four hundred years, then, while the Word was still preached in the temple and in synagogues, the voice of the prophets fell silent. God’s people were left to wait for Elijah, as Malachi says—not Elijah the great prophet of the Old Testament himself, but a new Elijah, one who would point to the Messiah in a more direct way, yes, in person. John the Baptist, this new Elijah, would with his own finger, and not merely with his words, direct his hearers to Jesus: “Behold, the Lamb of God, who takes away the sin of the world.”

Judah was in spiritual shambles when Malachi came to it. Its pastors were neglecting their duties, polluting the offerings in the temple, stealing the best that was given for themselves, and offering instead blind, sickly, pathetic sacrifices. They filled their own bellies instead of filling the ears of God’s people with His Word. “What a weariness this is,” the Lord lamented earlier in the book(1:13), and so graphically warned them. He said:
If you will not listen, if you will not take it to heart to give honor to my name, says the Lord of hosts, then I will send the curse upon you and I will curse your blessings. Indeed, I have already cursed them, because you do not lay it to heart. Behold, I will rebuke your offspring, and spread dung on your faces, the dung of your offerings, and you shall be taken away with it. (2:2,3)

What did God mean? He meant that the dung from the intestines of the lame animals they sacrificed would be smeared on the priests’ faces as a sign of their moral filth, the shame they’d brought upon the ministry, and the disgusting negligence they’d demonstrated in their priestly duties. If that doesn’t sound like God angry, I don’t know what does.

But it wasn’t only the priests that the Lord was upset with. The people hadn’t helped, and, in fact, had increased the priests’ temptations to skim off the top of the offerings brought to them. The people had failed to support the ministry. Instead of making the priests’ service a joy, they made it a burden. Even more, they robbed God Himself, as the Lord told them. Disrespect for the ministry is often disrespect for God, after all, isn’t it? The people didn’t trust God’s would provide, and so they had withheld their firstfruits. God chided them in chapter 3:
Will man rob God? Yet you are robbing me. But you say, ‘How have we robbed you?’ In your tithes and contributions. You are cursed with a curse, for you are robbing me, the whole nation of you. Bring the full tithe into the storehouse, that there may be food in my house. And thereby put me to the test, says the Lord of hosts, if I will not open the windows of heaven for you and pour down for you a blessing until there is no more need” (3:8-10).

It was in that context that God gave Malachi the message we hear in our first lesson today. Judah had fallen into spiritual disrepair, but the Lord longed to put the pieces back together and restore them, to heal them, to renew them so that they’d “go out leaping like calves from the stall,” like calves leaving their stalls for the first time in the spring, delighting in their ability to move and play, like children frolicking in the first snow of the winter. The Lord wanted them to fear His name again. What does that mean? It means, first, that He wanted the threat of punishments to strike them to the heart, for the serious cost of sin to sink in for them; and second, He wanted them in turn, aware of their need for mercy, to trust Him to be merciful, to run to Him for grace instead of from Him in despair.

So what does this mean for all of us?

(1) It is a warning to pastors to execute their ministry faithfully and in accord with the Lord’s Word and the will. Whether or not their people make their service a joy, pastors are to find their joy in the Word they are privileged to proclaim and the sacrifice Christ offered for them upon the cross, the sacrifice of His own body and blood for sinners, which is shared with us in the Sacrament that pastors get to preach and administer as the heart and core of their ministry.

(2) It also means that God’s people are to support the ministry of the Word, recognizing the importance of the life and death message entrusted to that ministry, aware of the healing that God works through the application of law and gospel, threat and promise, chastisement and forgiveness.

(3) On top of that, it means that all of us, pastor and people alike, are to bring the Lord our firstfruits, mentally, spiritually, physically, and materially, trusting Him to provide well beyond what we deserve, unwilling to withhold any good thing from Him whom we are confident will not withhold from us whatever is good for our well-being and faith.

(4) Finally, whenever doubts arise in this or any other regard, and when we fail in the charges above (for which there are always charges to be brought against us), we should take heart as we see how God has so wonderfully fulfilled His promise made hundreds of years earlier through Malachi in the preaching and teaching of John the Baptist and in the birth of the Christ child, to whom Malachi and John the Baptist point us. On Him we eagerly wait, like the people of Israel in the time between Malachi and our Lord, looking forward to Christ’s arrival again on the Last Day, not in dreadful fear, but in God-fearing faith, longing to bask in the light of the Sun of Righteousness and to experience the healing of the resurrection, at peace with God and peacemaking with one another through the absolution.

Hard as Malachi’s message is with respect to our sin, the God who calls us to repentance begins the book with “I have loved you” and closes it with the promise of the Messiah to come. In Jesus, the Sun has come. The Sun still comes to us in Word and Sacrament. The Sun will come again. Delight in His light, rejoice like calves at play on the first day of spring. Your salvation isn’t yours to gain. It is yours as gift, as is this world, as are your vocations. It’s in this freedom and confidence that we press forward as God’s Advent people, daily repenting, ever hopeful, because that Sun who is risen will for our justification will come again to bring us that everlasting life He died to prepare us.