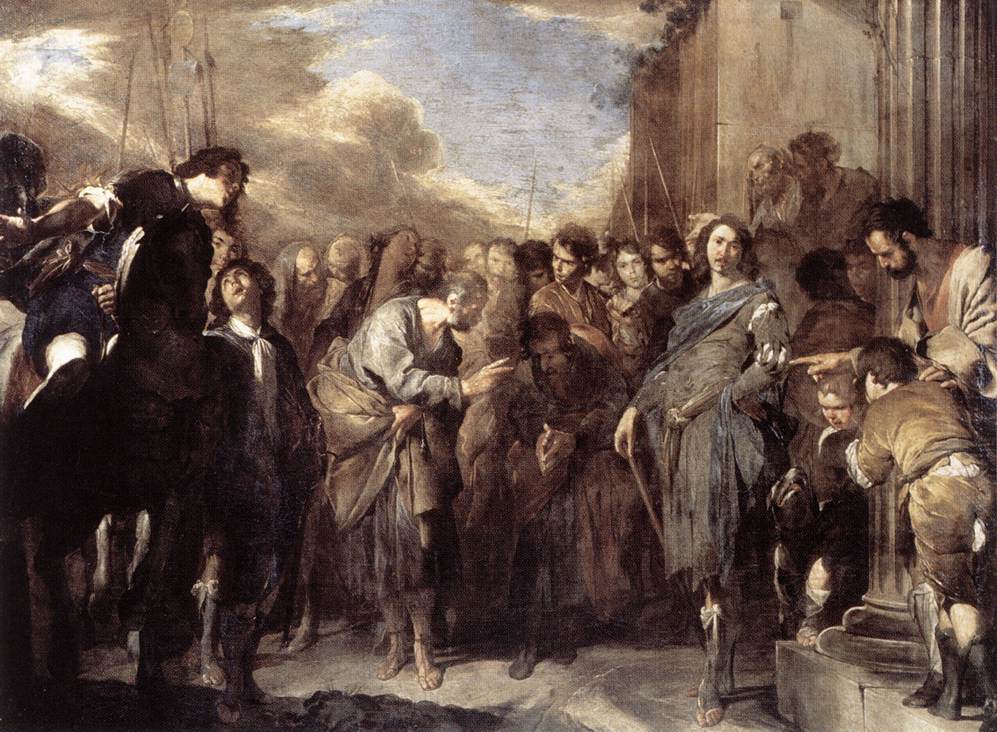 He’s a notorious gangster who runs a club in the caves on the planet of Tatooine. When he is finally seen, he has some captives. One is Hans Solo. He’s imprisoned in carbonite and used as a decorative piece for this notorious crime boss named Jabba the Hutt. The 1983 movie of “Return of the Jedi” opens with the rescue mission spearheaded by Luke Skywalker, Princess Leia, and Lando Calrissian. They infiltrate the ranks of Jabba the Hutt and rescue their friend Hans Solo. Sorry for the spoiler if “Return of the Jedi” is still on your list of films to see. Why this for introduction?  A wise third grade teacher knew how to play off cues from her classroom full of boys infatuated with the story of all things “Star Wars”. These boys when hearing about the city of Joppa thought immediately of an oversized wormlike creature named Jabba who snacked on disgusting little water animals. According to third grade reasoning, Joppa must be where Jabba lives.  The third-grade teacher redirected the distracted little boys and said, “The Bible story today tells us of another important rescue mission. Not one of make believe, but the real thing. And it involved the city of Joppa. And a guy named Jabba the Hutt didn’t live there.”  I don’t remember if the story was about Jonah or Cornelius but both accounts work. Just as that teacher stated, both mention the city of Joppa.

For Jonah, Joppa was the port for ignoring the rescue mission assigned to him. Jonah fled there. His intent was to sail to Tarshish. By doing so, he wouldn’t have to carry out the assignment given to him by the Lord. Jonah didn’t want to preach to the Ninevites. For Cornelius, this was the port where Peter would be found. It’s also a shifting point in the book of Acts of where we see God sending people with the gospel to Gentiles. In both situations with a connection to Joppa, we see reluctance with the men called upon. For Jonah, he would have some time for thinking on the rough seas and inside the belly of a fish. For Peter, he would need a vision. That’s what God gave him on the rooftop in Joppa. As he sought solace there to pray, he became hungry. Then the vision came. In that vision Peter would be told three times, “Kill and eat!”  Peter had an issue with that command because he was very conscientious of what he put into his mouth. He followed the Old Testament laws when it came to his diet. Now he is told to do otherwise. He had an invested lifetime of avoiding the types of cuisine presented to him in that vision.

As soon as the vision was over, three visitors came. They had a request for Peter. They wanted him to come to see their boss, Cornelius, in Caesarea. Cornelius was a Gentile. Jews didn’t associate with Gentiles. Think back to Jonah. Jonah didn’t want to associate with the Assyrians living in Nineveh. Peter struggled with what in his mind would make him clean or unclean. Eating unclean foods or entering the house of a Gentile would make him unclean according to the Old Testament law. In both cases a rescue mission was needed. The Ninevites needed to hear the word of the Lord. Cornelius (along with those in his house) needed to hear about Jesus. Jonah would be the one to serve the 120,000 plus of Nineveh. Peter would be the one to have that privilege of telling Cornelius. Peter would learn “how God does not show favoritism but accepts men from every nation who fear him and do what is right” (Acts 10:34).

Yesterday was Transfiguration Sunday. On that day, our Lord ascended a mountain for a discussion with Moses and Elijah about his rescue mission to save mankind. Those men would talk about his death. Peter was there too. He would see a glimpse of Jesus’ glory. Yet he wouldn’t quite understand. Jesus would go to the cross to die for all mankind. That included dying for Gentiles. This would be the message given to the disciples to preach. First, they would preach in Jerusalem. Then in Judea and Samaria. Then to the ends of the earth. Peter would have a hand in leadership with that work. We hear him preach at Pentecost (Acts 2). Peter would preach in Samaria (Acts 8:24). And here in Acts 10 is where we see God’s church start expanding among the Gentiles. Peter is there. As with other occasions, he doesn’t quite understand at first the lesson his Lord is teaching him.

The Lord sends us on rescue missions. Just like Jonah, we can be reluctant and self-serving. Just like Peter, we can be apprehensive and/or play favorites. We can hold prejudice against someone else. That’s sinful. Jonah fled to Tarshish. Peter fled to maintaining dietary restrictions. Where do we flee?  What is it that prevents us from proclaiming God’s Word to others?  What is it that gets in the way?  There’s a whole slew of excuses. It may be a prejudice we hold. It may be laziness. It may be pride of where we think our Biblical knowledge or sanctified living is a standard above others. That’s sinful. The only place we can flee is to the cross. It’s a route not from Joppa to Tarshish or Caesarea. It’s a route that we take at this time of year. We go with a slate of sins from the Mount of Transfiguration to Mount Calvary. We walk with our Savior as he’s determined to go to the cross where he could die for those sins. We walk with him on his rescue mission. It wasn’t an imaginary gangster named Jabba who had us encased in carbonite, but instead, the devil had the chains of hell shackled to us. We needed rescue.  Jesus brought that rescue. He was hung on a cross. Then he was buried in a tomb. But neither of those things could conquer him. Through the cross he brought forgiveness. His resurrection brought us victory. This was a message that Cornelius needed. And it’s a message we need too. God sent people to tell us what he has done to save us. We, in turn, do the same as we encounter others chained to sin, death, and the devil. We tell them about Jesus.

Acts 10 is the start of a shift for the early church.  From here, Peter somewhat disappears as we hear more about the work of Paul and his missionary companions. The message heads across the Roman Empire. So did the Lord’s church. From the house of Cornelius to Rome to the ends of the earth God’s Word spread. It continues to spread. The Lord throughout the ages sends people with the Gospel to proclaim it to those they meet.   That includes you and me. We continue to go out on spiritual rescue missions with the Gospel.

Star Wars is about to give a preview of yet another end to a trilogy. Somewhere some third graders will probably be mesmerized by various characters and plotlines found throughout that style of storytelling. As Christians, aspects of Joppa continue to mesmerize us. The Lord allowed that port town to be a place where he would see to it that his Word would go where he wanted it to. He wanted a city of 120,000 plus to come to repentance. So he sent them Jonah. He wanted a man named Cornelius and the other Gentiles with him to know everything about Jesus of Nazareth. So he sent them Peter who told them, “All the prophets testify about him that everyone who believes in him receives forgiveness of sins through his name” (Acts 10:43). And now there is a world before us. It’s a world with many who don’t know about Jesus. So God sends us to them.

Star Wars is a story that has an end. And it’s imaginary. A wise, third-grade teacher taught us that. She also taught us this story about Jesus isn’t imaginary. It’s a message we keep preaching and teaching as we carry out the work God has given to his church. It’s a message that directs to the end we all await in heaven with our Savior.