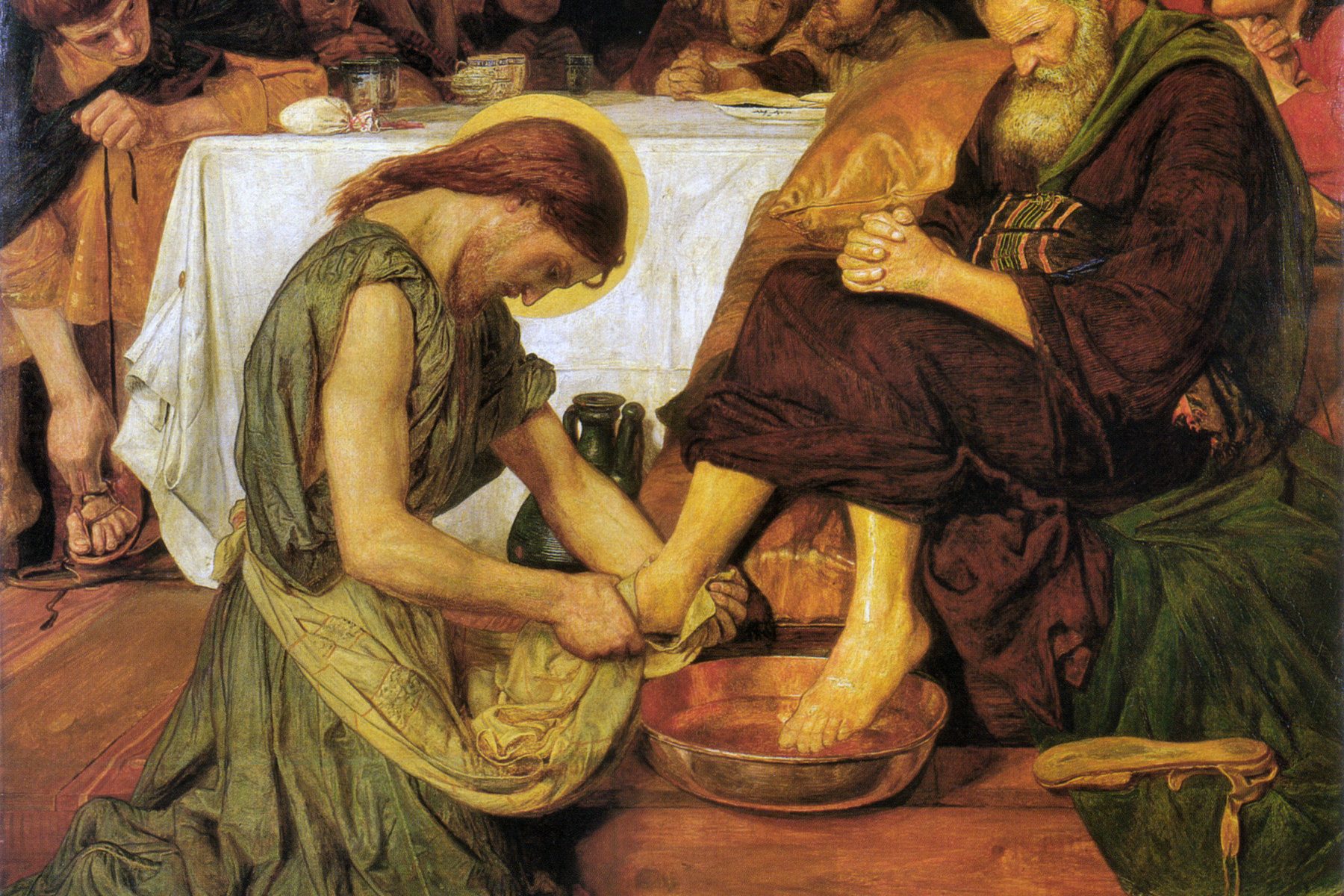 Love one another. It sounds nice. And indeed it is. Love conquers all. Faith, hope, and love, but the greatest is love. And here Jesus says this is how people know we are Christians because we love. There is something different about the disciples of Christ. “By this all men will know that you are my disciples, if you love one another” (Jn 13:35). It is kind of like the picture hanging on the walls of many a Christian home, including mine. It has a quote from Joshua, “But as for me and my household, we will serve the Lord” (Jo 24:5b). “We will do it, Lord. I promise. I promise you. And I will make sure my household does right by you too. I promise.”

Here is the problem. The household of Joshua did not. Not fully. Oh, and if we keep reading John’s Gospel, the part after he says, “By this all men will know that you are my disciples, if you love one another,” we hear Peter making some bold promises too. Jesus had just predicted his betrayal at the hands of Judas. Jesus had just said, “I am leaving you and you can’t come where I am going… just yet.” Here is when Peter says, “Lord, why can’t I follow you now? I will lay down my life for you” (Jn 13:37). “I promise, Lord. I promise,” says Peter.

And instead of encouragement, instead of “You can do it. I believe in you, Peter,” Jesus responds “Really? Will you really lay down your life for me? I tell you that truth, before the rooster crows, you will disown me three times!” (Jn 13:38). And we know Peter did just that. Peter did not lay down his life for Jesus. He did not follow Jesus. He did not love. He broke his promises. And so does this writer’s household despite the picture hanging on the wall stating that we, this household, will serve the Lord. I break my promises. The promises of men to God are many. And they are broken. The promises of God to men are actually less than the promises we make to God but they are kept.

Here is the point. God loves us. He loves sinners. And people see that love. The love of Christ for us and then, yes, through us into the world. But it is not about piety. It is not, “Oh, I wish I could be like those Christians, they have their lives together.” “Really,” you can almost hear Jesus say, “Do they really have their lives together?” The Israelites who followed Joshua didn’t. Peter didn’t. I don’t. But that’s not the point. How do people know that I am Christian? Because I am forgiven, that’s how. That is what makes me different.

And so will you. You will and, in fact, if you are baptized, have already been through cross and resurrection with Christ. You have already followed Jesus, kicking and screaming as he took you into the waters of baptism and killed, crucified, your sinful nature, and resurrected you something new, a saint, perfect in the eyes of the Father. And you will go to heaven. You will follow Jesus through cross and resurrection to heaven. You will follow not because you promised but because he loves you.

So we will serve the Lord, my household will and so will yours. By the grace of God. So leave the pictures up on your wall with Joshua’s quote. Just put a crucifix next to it. That way you’ll know why. That way you will also know where true love comes from if, no, when, you fail. Love one another. Why? Because that’s who you are now.