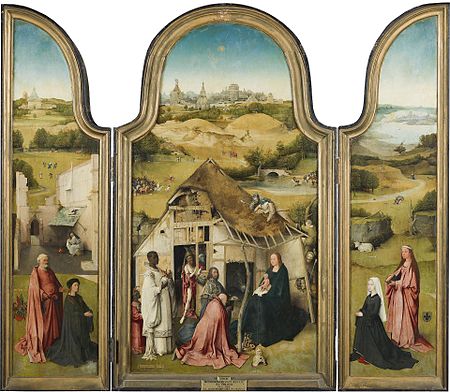 Most of us were not invited to the first Christmas. It was a Jewish event. Jewish parents, a Jewish child, and Jewish shepherds witnessing the incarnation. If you are not Jewish, it was not for you…not yet anyway. Then there came wise men from the East. Gentiles. And they made quite a stir when they arrived. All of Jerusalem was restless when this entourage got there. Who were these foreign dignitaries? What did they want?

They wanted Christ. However, these wise men were not wise enough to know that the King of Kings would not be in Jerusalem but in a smaller town. They followed the star of course, but I am sure it made sense to their Gentile minds that the King of the Jews would be in the capitol city of the Jews. Our Gentile minds seek right-before-our-eyes-glory. Christ is foolishness to us. A King in Bethlehem and not Jerusalem? Seems odd. The God-man crucified? That’s more than odd, it’s scandalous.

But the wise men were invited to Christmas anyway and so are we. So off they went to Bethlehem to find the newborn King. We celebrate this on January 6th, the Epiphany of our Lord. He is revealed to the world. The world receives an epiphany. We find out who God is through Christ. It’s the Gentile Christmas.

The King is for Gentiles too. And he was always for Gentiles and Jews alike. The Jews were granted a special place in salvation history. They would bring about, from their family and their land, the Savior of Nations. They suffered for it, but it is to their glory. All along the Messiah was to be for all. For every sinner, of every race, and of every nation. Your ethnicity doesn’t matter. Nor does your nationality, class, or anything else. We are all in the same boat and it’s a sinking ship. We all cling to our wisdom until we are hit with the reality of hopelessness. We can’t do it. We can’t overcome death. We can’t overcome our sin. We can’t. We are the same and we need the same Messiah.

Jerusalem would be all astir again when another royal arrived. This time on a donkey. This time with little pomp. They would kill this Royal. And many from around the world would turn away from the crucifixion. They would have been fools to put their trust in a curse hanging on a tree. It made no sense. Yet this is how we know God. We know God through Christ and we know Christ in full at the cross. There we see how serious he is about sin. There we see how serious he is about grace.

Gentile wisdom, what’s it worth? Not much. It looks at matters through the lens of glory. It declares things by sight and not by the Word. It is incredulous when the Word declares something “Good!” when it looks evil. It cannot accept revelation over sight. How could a lowly babe in a manger be a King? How could a dying man be good? The incarnation flips everything upside down. It makes the wise fools. The creator becomes the creation. The almighty becomes lowly. The eternal one dying. The righteous becomes sin so that unrighteous would be righteous. All Gentile wisdom says “No”. But we “wise men” have been invited to the incarnation where everything is flipped upside down. May we be wise in Christ and insist upon him and his cross.